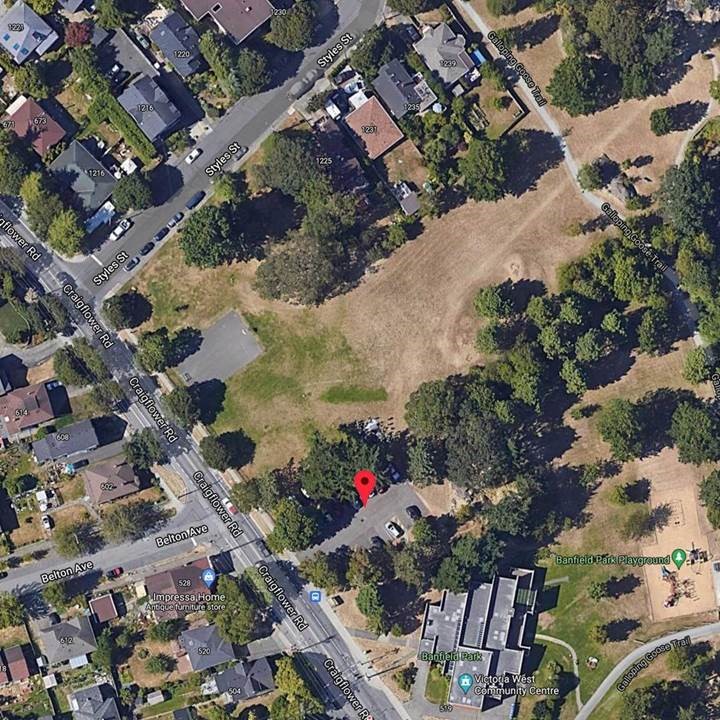 VicPD Detectives with the Major Crimes Unit are asking for a witness to come forward after a Victoria Police Department Patrol officer was violently attacked in Banfield Park on Friday 3rd September just before 11.30pm.

The Patrol officer was on foot in the area of Banfield Park to check on a woman in distress.

At some point during or after that interaction the officer was violently attacked by an unknown suspect, who is described as a 40 to 50-year-old Caucasian man wearing a blue hooded sweater with white draw strings.

The officer broadcast for assistance over the radio and several additional officers deployed to the area. However, the suspect was not located.

Investigators are asking the unknown woman to come forward and speak with police, as she is believed to be a witness to this incident. She is described as an approximately 50-year-old Caucasian woman with grey hair, who appeared distraught. She spoke with the police officer shortly before 11:30 p.m. in a parking lot near Banfield park, in the 500-block of Craigflower Road.

If you know who assaulted the officer, or who the woman was that he was trying to assist, you can tell us anonymously. Your information will be passed to the investigators by us ensuring that nobody will know that you spoke out.