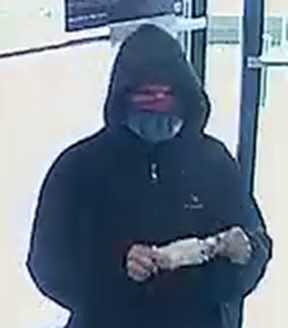 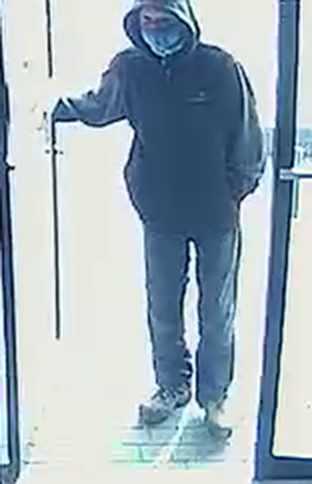 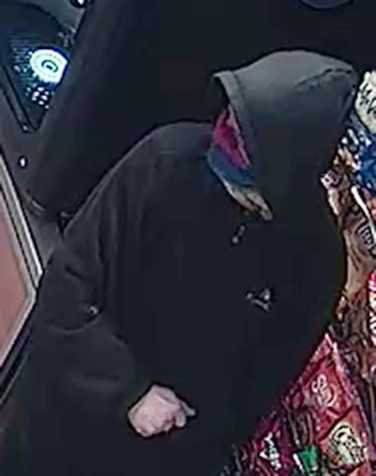 Saanich Police are asking for help in identifying the individual in the pictures. He is a suspect in 2 robberies that occurred at the same Subway Restaurant in the 1600 block of Mckenzie Avenue.

The robberies took place on February 26th and March 8th, where the suspect entered the store and produced a knife. After getting the money he left on foot and made his escape.

He is described as medium height, slight build, in his late teens to early 20’s. On both occasions, he wore a black hoody with the word “Staff” on the back, black pants and tan brown construction type boots with a black toe cap. His face was concealed with a blue and purple bandanna.

If you know who he is and wish to remain anonymous then call us at 1-800-222-8477, or submit a tip online at victoriacrimestoppers.ca

Your tip could earn you a cash reward.