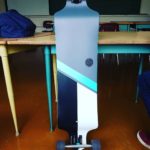 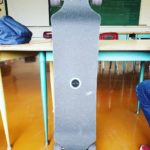 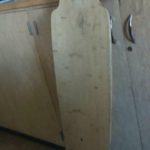 Victoria police continue to look for two suspects who robbed a male youth and his friend of their longboards in Quadra Heights playground on May 1, 2018, just before 9pm.

The victim and his friend were in the playground when the 2 suspects came into the area, took the 2 longboards (as seen in the pictures) and ran out of the park

The victim gave chase catching up to one of the suspects.  As he attempted to get one of the long boards back the second suspect hit him in the head with the other longboard. The victim fell to the ground and suffered life altering injuries. The two suspects ran away leaving the victim lying on the ground.

Both suspects are described as aboriginal, between 15-16 years old, about 5′ 3″ and of average build. One wore a red baseball cap.