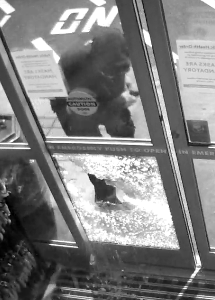 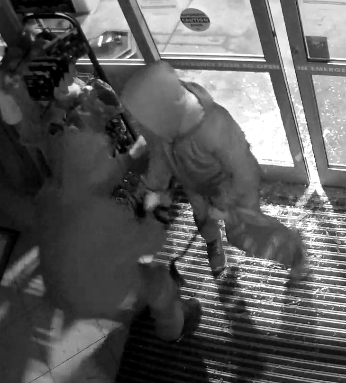 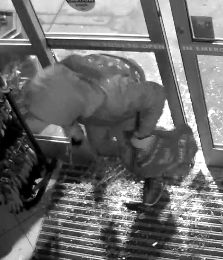 Central Saanich Police Service are asking for the public’s assistance in identifying suspects who are responsible for committing 2 separate Break & Enters to 2 different Coop Gas Stations in their area.

The first Break & Enter took place on December 14th in the 2100 block of Keating Cross Road, where a single suspect got away with $3000.00 in stolen cigarettes. The suspect was described as potentially Caucasian male, slim/regular build, black hoody (up), black jacket/vest, blue jeans, dark boots, blue surgical face covering, and a black mesh bag. No usable picture of the suspect was obtained.

The second took place on December 16th in the 6700 block of West Saanich Road, where 2 suspects broke through the front door, but appear to have been spooked and ran away. Suspects wore dark clothing and gloves. Pictures of both suspects below.

If you have any information about either of these crimes, or if you know who is in possession of the stolen cigarettes and you want to remain anonymous, please call 1-800-222-8477. You may also submit a tip on our website by clicking the ‘Submit A Tip’ button above.