Call us at 1-800-222-8477(tips) and your call will be answered by a call center. The person you speak to will take the information you wish to give and will NEVER ask you to identify yourself. Or you can hit the Submit a Tip button on this site and fill the form in yourself. You will always remain anonymous 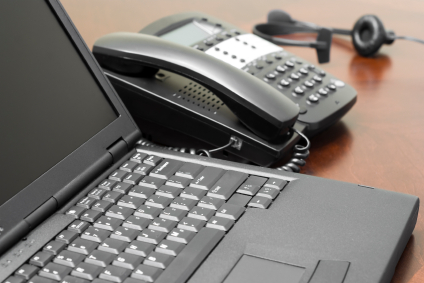 
Saanich Police are investigating after a suspect attempted to rob a woman getting out of her vehicle, on Wednesday February 17, 2021, at approximately 6:40 a.m.  The woman was parking her vehicle in a plaza in the 5300 block of Cordova Bay Road and as she was getting out, an unknown male pushed his way in and grabbed her handbag. A short struggle ensued at which point the suspect gave up his attempt at taking her bag and left the area on foot. No weapons were used, and the victim was not physically injured.

The suspect was not known to the victim and this attack appears to be random. The suspect is described as an adult Caucasian man, 5’9”, wearing a brown, winter-style tweed jacket and knitted black gloves. His face was covered at the time and was last seen heading southbound near Cordova Bay Road. He may have later left the area in a vehicle.

If you have any information about this crime, or possible dash cam/security camera footage Saanich Police ask that you get in touch with them by calling 250-475-4321. 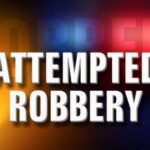 The West Shore RCMP are requesting the public’s assistance in locating missing Colwood resident, Geoffrey Irwin. Geoffrey Irwin has been missing since Sept 27th 2020, from his family home. Geoffrey Irwin is described as: Caucasian male 35 years old; Blonde hair, blue eyes approximately 6 ft tall; Approximately 196lbs with a medium build. He was last seen wearing: A grey zip up hoodie; Black t-shirt; Black shorts ;Carrying a back pack. Geoffrey Irwin is known to travel between the West Shore and the Lower Mainland. Geoffrey drives a black 2017 Ford Escape, which was recovered by the West Vancouver Police Department on November 25th near the Park Royal Mall in West Vancouver. Since Geoffrey Irwin’s disappearance, police have followed up on many leads but he remains missing. Police are concerned for the well being of Geoffrey Irwin. If you have information on Geoffrey Irwin whereabouts please call your local police right away. You can always report anonymously to us online on here by clicking the tip submit button or by calling 1-800-222-8477 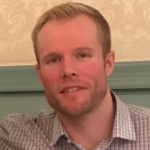 
On February 15th 2017, Victoria Police Department notified the public that Blair Young was missing. He had not been heard from by his family for over a week. The Vancouver Island Integrated Major Crime Unit (VIIMCU) took over the investigation and worked with Victoria Police Dept investigators. The investigation continued into his disappearance continued until on March 2nd 2017 Blairs body was discovered on the Malahat.

The investigation is active and ongoing today and Detectives are asking the public for assistance in solving this crime.

VIIMCU detectives are keen to hear from anybody who knows anything about this case, no matter how insignificant you think your information is it may be the missing piece of the puzzle that could solve this case.

Their information line is 250 380-6211, alternatively if you wish to remain anonymous you can submit a tip to Crime Stoppers online here or call 1-800-222-8477. You will remain anonymous whilst the vital information you give could help bring closure to a grieving family. 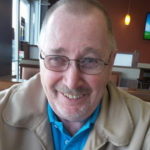